Most multivitamins have these 2 toxic minerals in them 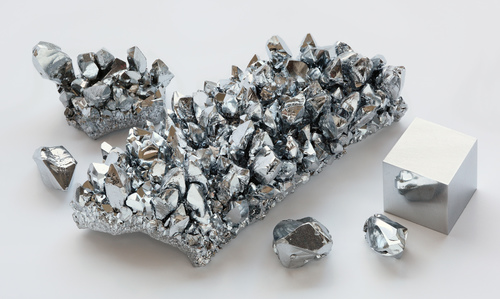 Summary: Chromium and Manganese are probably just toxic, even though they’re in almost all multivitamins.

Almost everyone I talk to expresses one of the first two theories, but I suspect the third is probably the biggest problem with today’s multivitamins.

For example, after years of research, no one can locate what Chromium might even do in the human body. There’s no metabolic process it mediates, no natural enzymes the body could form with it or use it with, and no understanding of where it eventually goes in the body after you consume it. So why is it considered “essential” if no one knows what it does? Because 60 years ago, some researchers showed that rats will absorb Chromium if you feed it to them. Also, it’s in topsoil in some parts of the world, and plants will blindly absorb it if it’s in the ground (even though they don’t use it for anything). Unfortunately, this level of evidence is not very compelling since there are many minerals that plants and animals will absorb that are quite toxic.

Consider Lead. We know nowadays that lead is extremely poisonous (although it takes months to notice said poisoning, and indeed, past societies didn’t put this together right away). But what mechanism actually makes lead so poisonous anyway?

“Lead’s toxicity results from its ability to mimic other metals that take part in biological processes, which act as cofactors in many enzymatic reactions, displacing them at the enzymes on which they act. Lead is able to bind to and interact with many of the same enzymes as these metals but, due to its differing chemistry, does not properly function as a cofactor, thus interfering with the enzyme’s ability to catalyze its normal reaction or reactions. Among the essential metals with which lead interacts are calcium, iron, and zinc.”

Chromium is purported to “improve (reduce) blood glucose levels” at very low levels in the diet. So what is Chromium doing? Probably just poisoning you a little and using up your body’s energy to process the poison out of your body. Reducing blood glucose levels is no great feat: parasites and burns can accomplish the same thing, but are typically not recommended despite their efficacy.

So which minerals are beneficial and which ones are going to turn out to be toxins that are displacing beneficial minerals in the body and were only briefly recommended during the “protoscience era” of 20th and 21st century Earth?

Calcium, Sodium, Iron, Copper, Zinc, Magnesium, Potassium, and Phosphorous are all minerals that your body uses for actual processes. However, the body is pretty good at conserving these so you really don’t have to go out of your way to eat a lot of them.

Iodine, Fluoride, Lithium, Selenium, and Molybdenum are five cases where humans think we’re smarter than nature and should intentionally ingest things that disrupt or displace our otherwise natural metabolic pathways. Fluoride displaces some amount of calcium in bones and tooth enamel. Iodine suppresses thyroid function in a way that most researchers see as beneficial. Lithium is poorly understood but it’s probably retarding neuronal excitement in a way that makes people less active / impulsive. This appears to be broadly adaptive for an environment where your brain has to see genocide on TV every day and not be driven to suicide. Selenium and Molybdenum hijack enzyme reactions in a way that retards cell growth and can make rats live longer (but not necessarily healthier) lives by having them grow less but also have less cancer. Having these 5 things in your diet is you taking a calculated gamble that you’re smarter than your body’s natural pathways and that you should mildly poison yourself in subtle ways for your own long-term wellbeing. I’m a little suspicious of each of these, but not so suspicious that I’d recommend against any of them for now. My guess is that history will soon view these the way we now view bloodletting and mercury therapy: As incredibly blunt interventions that work sometimes but probably hurt people nearly as often as they help and nothing like what someone with better information would do. In other words, I expect I’ll still be eating Sodium in 20 years but not as certain I’ll still be taking Iodine, Fluoride, Lithium, Selenium, or Molybdenum.

This leaves Chromium and Manganese as the most commonly recommended minerals that still make their way into most multivitamins despite having no proposed mechanisms of action. Manganese is most definitely a neurotoxin and probably just all around terrible for you. And Chromium is such a costly poison that it takes significant energy to process it out of your body – or as nutrition researchers commonly phrase it – an essential mineral that improves blood sugar control. You should probably avoid supplements with either of these two if you can. And if your vitamins have Boron, Vanadium, Silicon, Cobalt, Nickel, Arsenic, Tin, or Aluminum, you can conclude that your supplement maker is extra incompetent and including things with known negative side effects. It’s probably down to them hoping you’re the type of idiot who is more likely to buy multivitamins with 30+ vitamins and minerals because they sound more complete than ones with only 25 vitamins and minerals.