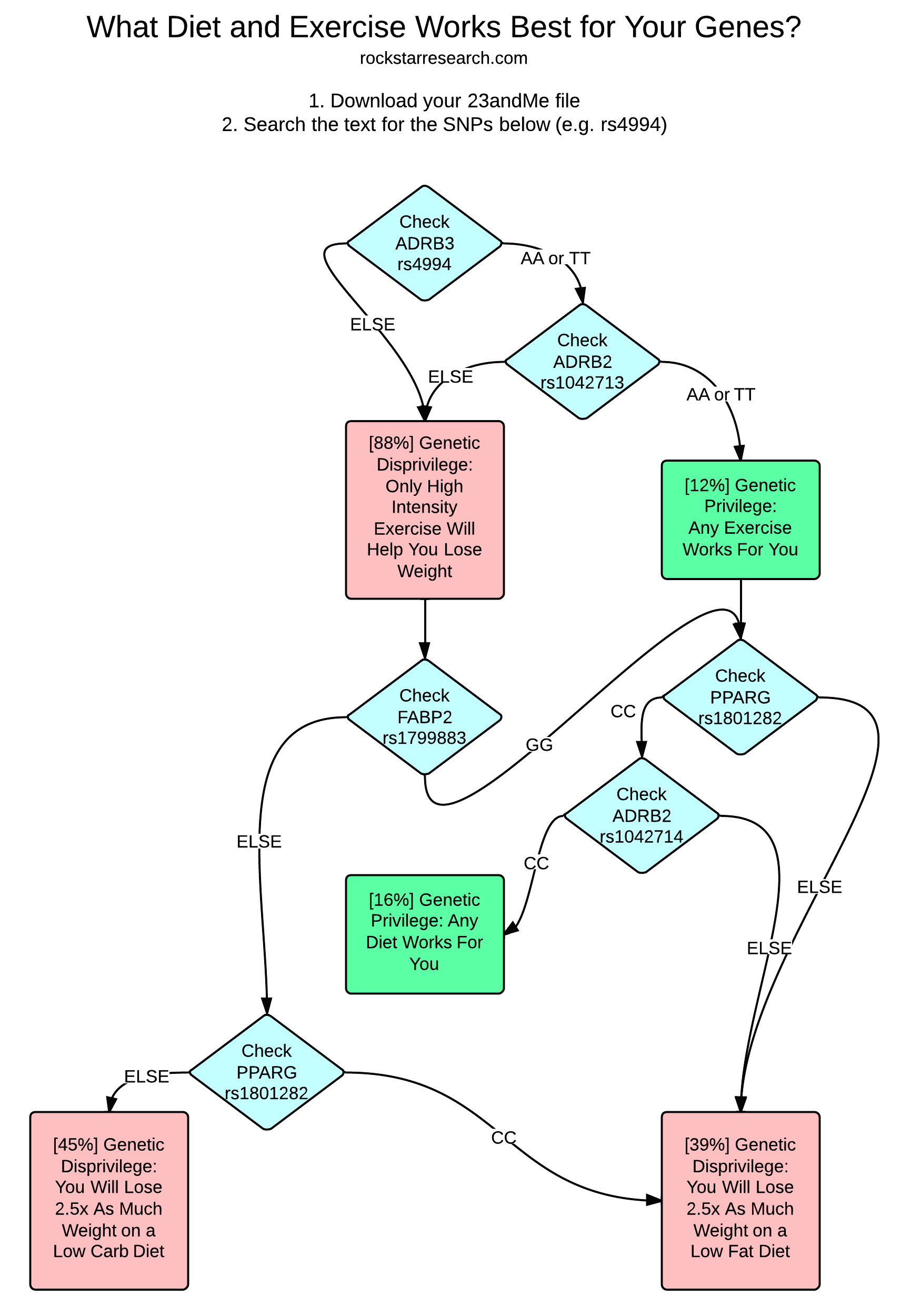 Researchers recently discovered the obvious: It’s harder for some people to lose weight than others because of their genes. Let’s go over the details and then dive into how this knowledge can guide your diet and exercise decisions.

It turns out that 88% of peoples’ bodies resist burning fat during low intensity exercise. This is why most of your friends on Facebook either complain that exercise doesn’t seem to “work” for them or they recommend high intensity things like CrossFit and HIIT. That is, except the 12% of your prick friends who tell you to “take it easy on your joints” since walking and other easier forms of exercise work just as well.

Similarly, most peoples’ bodies will turn to blobs if they eat almost any carbs (45%) or almost any fat (39%). This is why the holy wars between paleo and atkins people are so intense. They don’t realize there really are at least two correct diets to belong to… for two distinct classes of people. Researchers have found that people who do the diet that’s matched to their genotype (for the 5 best markers scientists know of today) can lose weight 2.5x as fast as those on the opposite diet. Stanford is replicating the study right now if you want to personally join and find out first hand how big the effect is.

Is this the full and final understanding of dieting? No. These genes are probably only a small part of how human metabolism works. And as devotees of the physics diet will point out, these are “second order effects”… things that are less critical to dieting success than overall caloric intake – total physical exertion. That said, there’s no way everyone has an equal ability to lose weight if 5 genes can predict a greater than twofold increase in difficulty losing weight.

Anyway, if you have a 23andMe file (w/ V2 + V3 chip data), you can check these 5 SNPs that tell you what kind of diet and exercise program is most likely to match your genes.

The only way I knew of doing this test before was deciphering a dense patent application that mentions the SNPs the researchers studied. But I just made it into a simpler flow chart. Enjoy the reckless, fun self-diagnosis!