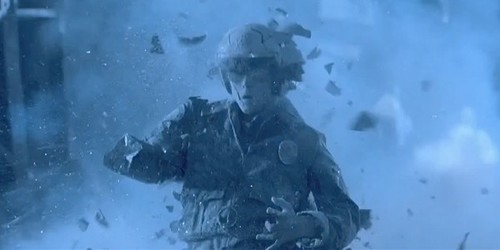 While reviewing the scientific justification for storing cryonics patients at liquid nitrogen temperatures (-196 C), it occurred to me that being 73 C under the glass transition temperature of vitrification solution (-123 C) pretty much has to be sub-optimal for structural integrity.

The tighter a material’s molecules are fixed in place by lowering their temperature, the more internal stress gets stored in it. This seems like it would lead to additional fracturing and brittleness of cyronics patients without gaining any particular benefit.

At first this made me wonder: Why aren’t researcher testing liquid argon cryopreservation? Its liquid temperature is 10 C higher, liquid argon costs are surprisingly similar to those of liquid nitrogen, and the safety profile is nearly the same as well. I still don’t know why people aren’t doing this.

But even though scientists aren’t trying liquid argon cooling for cryonics, they are still researching Intermediate Temperature Storage (ITS) systems. These are essentially regular cryonics dewars but with insulated chambers that have low-power electric heaters in them to keep the internal temperature closer to -140 C. Research wise, it’s still unclear if -140 C is the optimal temperature, if adding heaters is the most robust and cost effective design solution, or how you could combine this technology with the best annealing protocol to get the lowest rate of fracturing possible.

But this still seems like a very obviously high-value line of research. Sadly, it’s a rather neglected one though. Even though mainstream material scientists could probably quickly understand this problem and engineer a working solution eventually, none of them have tried. Instead, in 2003, cryobiologists at Carnegie Melon University consumed $1.3M in funding researching this — without producting any useful prototypes. So even though this is an obvious problem, and you could probably hire experts from several different fields to solve it, only 21st century medicine appears to be doing even a small amount of work on it.

9 Responses to “Intermediate Temperature Storage for Fracture Reduction in Cryonics”