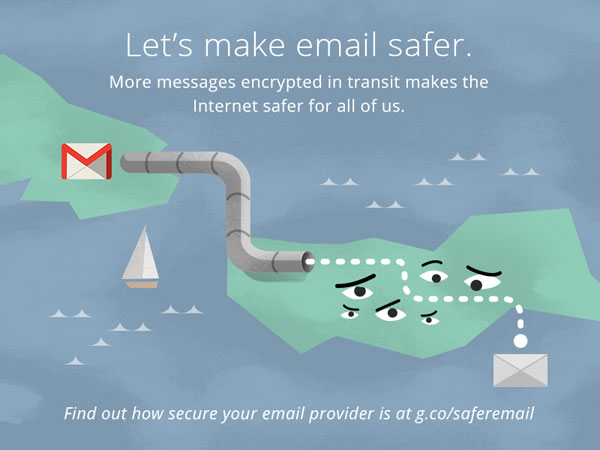 Google is set to support full native PGP encryption of emails so they can make it through all internet hubs without being snooped through. They’re in the final stages of paying bounties to hackers to try and crack their system before rolling it out to everyone as a chrome extension.

I still think there’s a 80% chance that this system either never launches, or gets swapped out for something more “backdoor-ready” before widespread adoption. In other words, I fully expect this project to be quietly disappeared, just like Lavabit and Silent Circle.